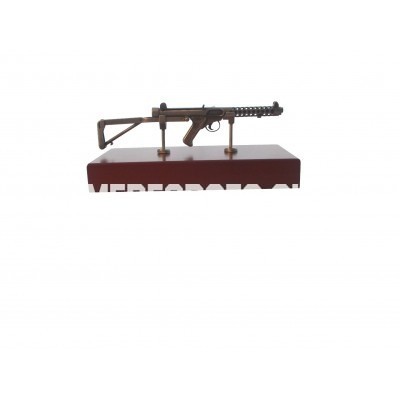 The Stirling SMG – Sub Machine Gun – was trialed with the British Army in 1944/45 as a replacement of the famous “Sten Gun.” The Stirling was eventually issued in 1953 and remained in use until 1994. It was an effective close quarter weapon of 9 mm calibre with a maximum range of 200 mtrs. It was the standard personal weapon for drivers, signallers and HQ Personnel The model is made from British Pewter and mounted on a wood basemeasuring 220mm width, 130mm depth and 90mm height. 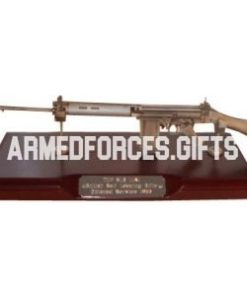 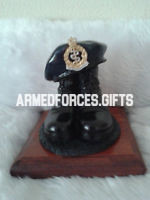 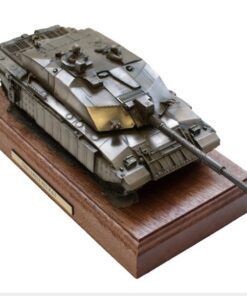 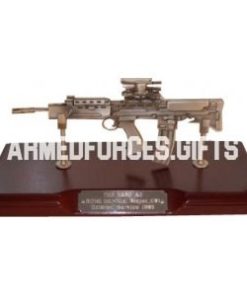