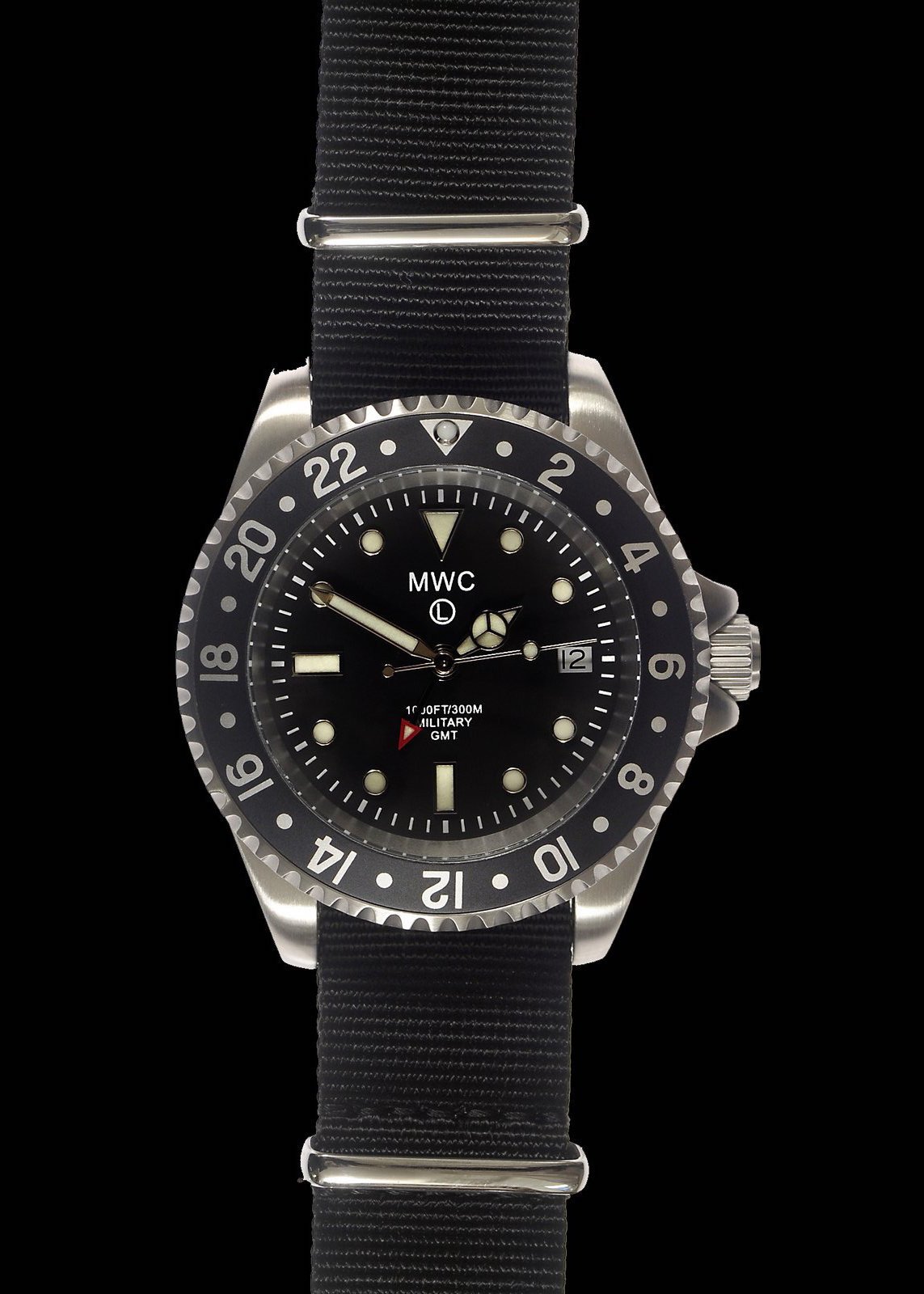 This GMT dual time zone watch in stainless steel finish is one of our latest watches and has a high performance quartz Ronda 515.24 movement housed in a robust 300m / 1000ft water resistant steel casing which makes the watch ideally suitable for use in water for swimming, snorkelling and water sports although as a GMT watch the bezel is designed to enable time to be calculated in two time zones so for diving applications its suitability is rather limited although from a water resistance perspective the watch would be fine.

The concept behind GMT watches is very clever not because they are in any way particularly complex but because the technology behind them is so incredibly simple. On a conventional watch the hour hand is designed to travel around the dial over a 12 hour period, all that is needed to create a GMT watch is to add a second hour hand which travels around the dial in 24 hours instead of the usual 12, then an additional 24-hour time scale is added to a bezel hence the reason some GMT watches at quick glance look similar to divers watches. Using the watch could not be easier because the 24-hour hand circles the dial once a day instead of twice with a normal hour hand, its tip indicates the corresponding hour and because itâ€™s operating on the 24 hour timescale there can be no confusion between a.m. and p.m.

We initially produced these watches for long haul airline pilots and also military pilots flying transport planes such as the Lockheed C-130 Hercules and Airbus A400M because the watch enables them to see the time in both the departure and destination time zones. 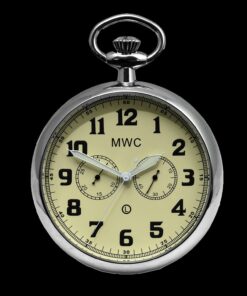 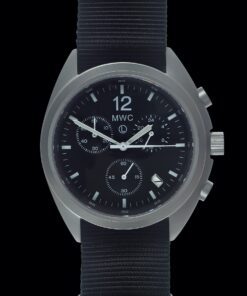 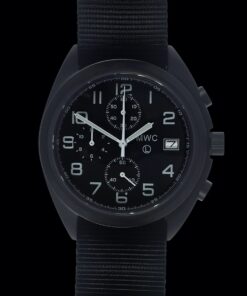