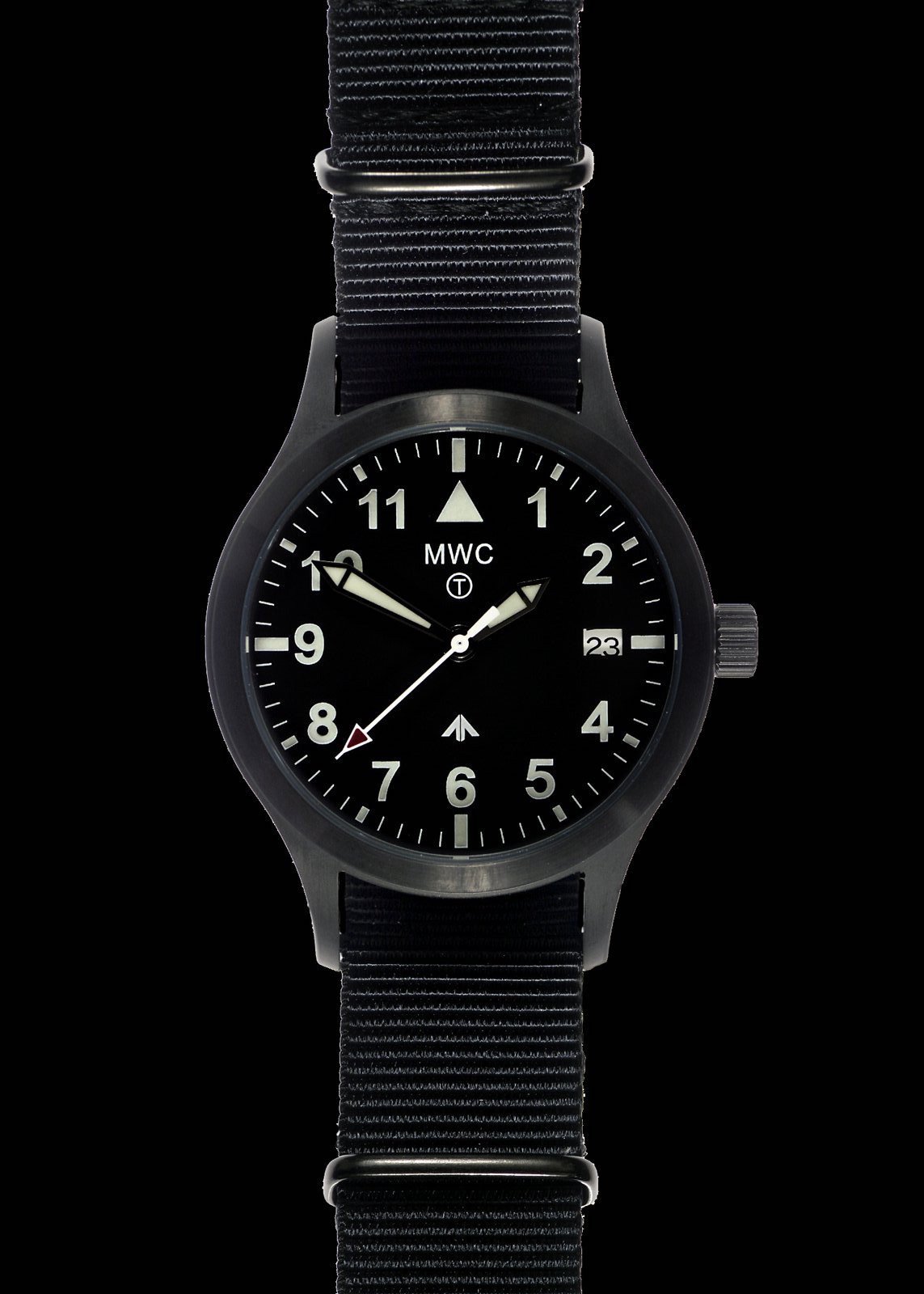 The Limited Edition MWC Mk III Automatic in black PVD is a recreation of the classic 1950s NATO specification watches which were made under UK Ministry of Defence reference 6B/346 Mk XI. Although it is very similar in style to the watches made at that time it offers greatly improved accuracy through the use of a modern 24 jewel Automatic movement with hacking function.

The reality is that with the budgetary constraints no modern military forces could afford watches of this quality when cheaper models can meet the need. In the past the worlds forces regularly purchased Rolex, IWC, Omega, Longines and various other well known makes. Unfortunately those days are well gone. Because many people still want a military type watch that looks right even though it is made to a much higher specification we offer the MKIII. No expense has been spared to create a superior quality product from the high performance movement to the brushed stainless steel 1950/60s design case which is manufactured and handfinished in ZÃ¼rich. The quality of finish is visibly superior to any current military watches.

The special covert matt black non reflective PVD finish is often specified in military contracts for many special forces units as well as by anti terrorist units and for various covert operations. In the PVD process the steel is not black all the way through because the colour is created by a special chemical PVD plating process which is vastly superior to the painted finish used on some lower quality watches which can easily fade or rub off. This PVD process means that the colour of the steel is altered at a molecular level, therefore it will not deteriorate even during heavy usage although it can be destroyed if the case is badly damaged by a piece of metal being gouged out or if the case is worn down by really heavy abrasion against rocks or something similar.

The watch has a screw caseback and screw down crown; it is highly accurate and very robust as well as being water resistant to 100m (330ft). 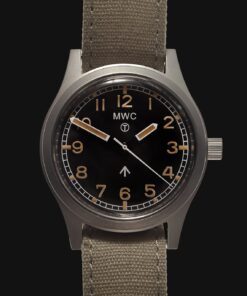 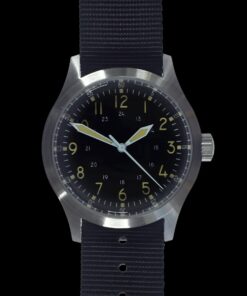 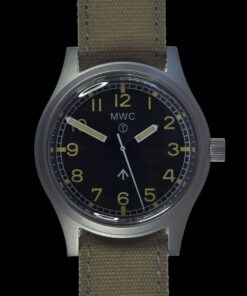 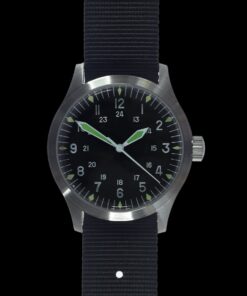