The much anticipated sequel to the 1986 blockbuster Top Gun, Top Gun Maverick, released in theatres in the United States on May 27 and, much like the original, was produced in cooperation with the U.S. Navy and influenced considerably by the Pentagon. Also like the original, the film was based on the lives of elite aviators from the Navy and reflected several aspects of real world military aviation in its time, with the choice of combat aircraft used in particular drawing attention from moviegoers and experts alike. Although the primary fighter flown by the film’s protagonists, both during training and in their mission to destroy a nuclear facility in an unnamed ‘rogue state,’ was the F-18E/F Super Hornet, leaving the Navy’s newer but still problematic F-35C fighter sidelined, the fighters which took part in Top Gun’s primary air to air engagements which were its main and most anticipated action sequences were the F-14 and Su-57. The former was since 2019 advertised as being part of the film, having previously been the star of the original 1986 production, and has long been widely considered the most iconic American jet fighter in history boasting beyond visual range capabilities unrivalled for its time. With the F-14 having been retired from Navy service in 2006, largely due to its high operational costs and limited role in the post-Cold War world, the aircraft was operated by the adversary ‘rogue state’ and stolen by the protagonist ‘Maverick,’ played by Tom Cruise, and his Wingman ‘Rooster,’ after both were shot down in their F-18s. 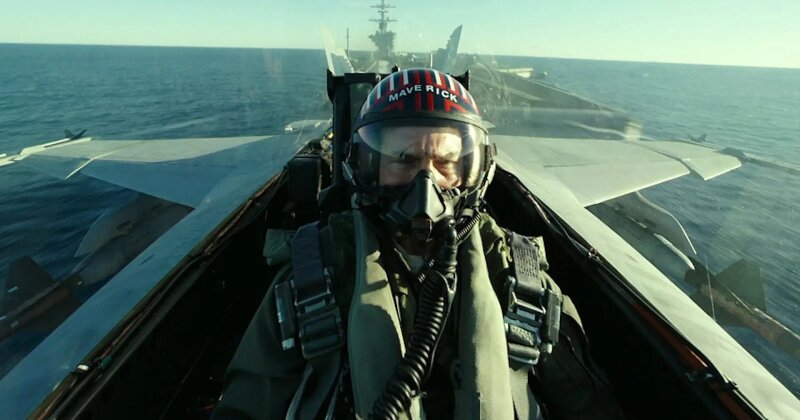 Flying against the F-14 was the Su-57, which was only revealed in a trailer in the last week of March 2022 to be playing a role in the film. The aircraft served as the primary antagonist and the only adversary fighter to operate. The remainder of engagements were against surface to air missiles, which reflected growing perceptions in the United States Military that the primary challenge to its aircraft comes from such assets rather than from enemy aircraft. Surface to air missiles notably played no role in the original film. While the U.S. Navy no longer flies the F-14, the Su-57 is not flown by any air force outside Russia with even the Russian fleet operating less than a half squadron’s worth. The fighter has nevertheless long been speculated to potentially be exported to possible American adversaries across the world, most notably Iran which is also the only country other than the United States to have ever operated the F-14. Although Iran was never named as the ‘rogue state’ targeted, the primary mission of destroying a nuclear facility, the presence of F-14s, and to a lesser extent the operations of Su-57s for which the country has long been considered a leading potential client, all point to the country as the antagonist. The fact that the faces of adversary combatants were never seen, and the snowy mountainous climate which differed significantly from Iran’s largely desert landscape, avoided aiming the film’s narrative at any particular country too directly. 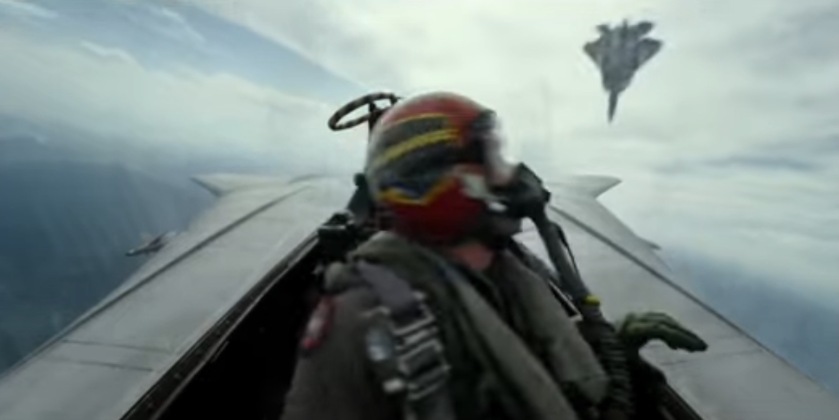 With Iran not expected to retire its F-14s for the foreseeable future, and continuing to upgrade them domestically, while in Russia the Su-57 production rate continues to accelerate, the possibility of the two fighters flying in the same theatre, and possibly even against one another, cannot be ruled out. While Iran has refrained from investing in modern combat aircraft since its efforts to purchase Russian fighters were rebuffed in the 1990s and 2000s, largely due to Western pressure on Moscow at the time, this could quickly change as not only is Russia now far more willing to sell, but the potential threat of attacks on Iranian nuclear facilities has continued to grow as the country moves to accelerate its nuclear program. This follows the Donald Trump administration’s unilateral withdrawal from the Joint Comprehensive Plan of Action nuclear deal in 2018 and imposition of economic sanctions on Iran, leading Tehran to retaliate by announcing the abandonment of various obligations under the deal over time. Iran may indeed eventually operate the Su-57, and the fighter may otherwise be deployed by a number of neighbouring states ranging from the United Arab Emirates and Turkey, which have shown some limited interest, to Turkmenistan, Kazakhstan and Azerbaijan which have been important clients for Russian aircraft and air defence systems. 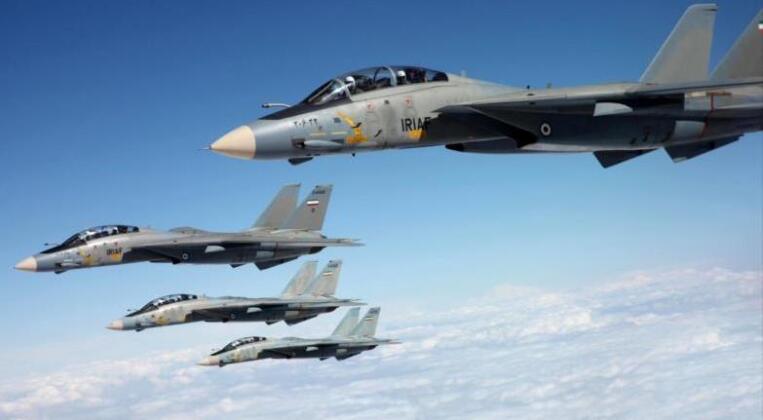 In Top Gun-Maverick an F-14 piloted by Maverick with Rooster as his weapons systems officer shot down two Su-57 fighters in air to air combat. As is common for fighter jet films engagements all took place within visual range, with the first kill gained against an unsuspecting pilot escorting the F-14 to base when it was fired on by cannon in the rear. A protracted fight with the second was the film’s primary air to air engagement, and saw the Su-57 demonstrate its advanced ‘supermaneouvrability’ features before being shot down. As emphasised at the start of the film, American pilots going up against the Su-57 would be overwhelmingly outmatched even flying the F-18E/F, with the possibility of success in an older F-14 portrayed as all the more slim. This made Maverick’s achievement appear all the more outstanding, demonstrating despite the assertions of his senior officers that fighter pilots were still far from obsolete on the modern battlefield. 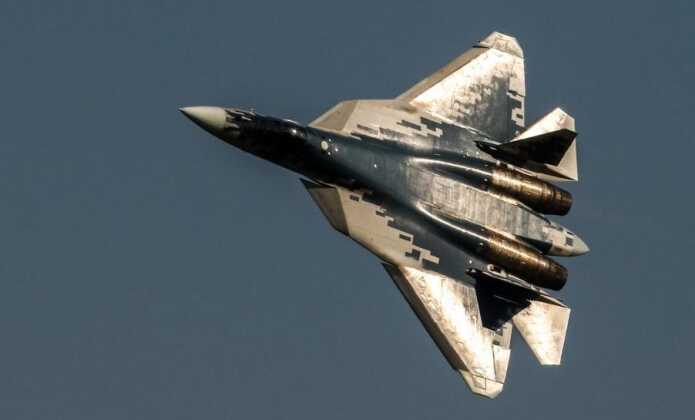 A real world engagement between the F-14 and Su-57 would likely end very differently to that in Top Gun: Maverick, and would almost certainly take place at beyond visual ranges. While the F-14 boasts a larger main radar, it is mechanically rather than electronically scanned and several decades out of date while the Su-57 deploys not one, but six, electronically scanned array radars as well as an infra red search and track system. The immense technological gap between the fighters, and the Su-57’s advanced Himalalyas electronic warfare system and AESA radars, would likely leave the F-14 blinded and thus more vulnerable to being targeted at range. The Su-57 could also use its stealth capabilities, combined with its ability to operate without a radar signature using its infrared sensor, to neutralise Tomcats at medium ranges without allowing the adversary to gain a radar lock. The next generation fighter would have even more overwhelming advantages within visual ranges, since the F-14 does not integrate helmet mounted sights or high off boresight capable missiles meaning the Su-57 could engage it at very extreme angles. It would be further aided by its extreme manoeuvrability, considered the best in the world at low speeds, while the F-14 was considered unmaneouvrable even by the standards of its generation.

The F-14 does benefit from access to the new Iranian Fakour 90 missile, with an estimated range of 250-300km and a large warhead of over 50kg, which could allow it to threaten the Su-57’s supporting aircraft such as AEW jets and tankers at range. The Su-57’s own very long ranged missile, a derivative of the R-37M, is estimated to have a range of around 400km however meaning even this primary strength of the F-14 would be largely negated. The Su-57’s higher operational altitude and superior flight performance all around will further disadvantage the F-14, leading to an entirely one sided engagement. This is only worsened by the fact that the Su-57 is also longer ranged and, despite being approximately the same weight, is thought to be cheaper to operate with much lower operational costs and maintenance requirements. While the Tomcat’s days as the world’s leading air superiority fighter are long since over, the aircraft remains an icon of its era, by far the most capable fighter in Iranian service, and against other fourth generation fighters and particularly support aircraft can still pose a threat at longer ranges.